I like to think about things. To riff off Austin Kleon, I want to become a professional writer so that I can be a professional thinker. For now, though, as I have said many times before, I write to clarify, condense, and record my thoughts. I have sat down today to talk about Tesla’s new Cybertruck — not because the Internet needs one more hot take, but rather to pursue those goals.

I will spend little time on the boring stuff. Every website, blog, and Social Median™ has covered those subjects well enough by now. In brief, then: 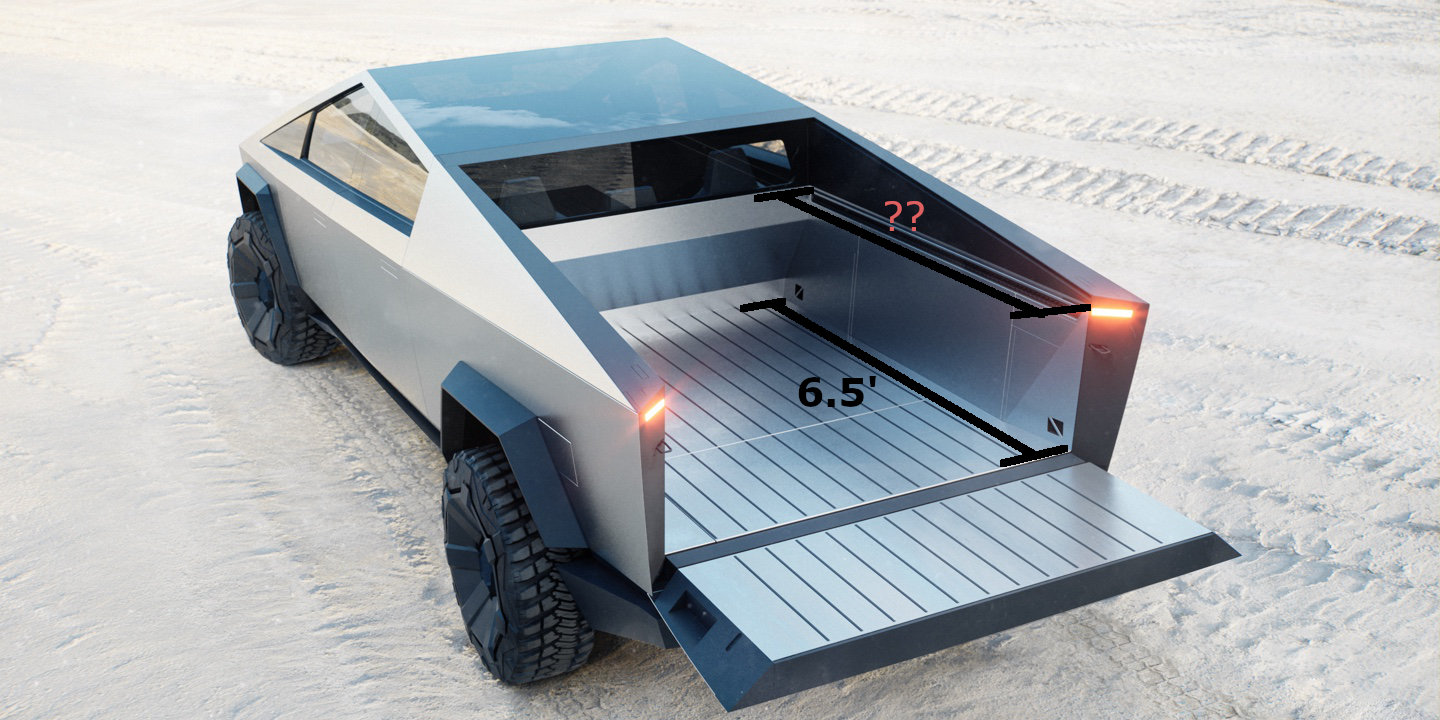 Given that Tesla appears to have built the Cyberquad from a Yamaha Raptor, which comes in at 72.6" long, I bet the usable bed space comes in closer to six feet — not six and a half. The Cyberquad just fits:

The Cybertruck looks cool, but has little going for it beyond that. It’s a truck with near-sportscar-level performance, but it’s not a very good sportscar, and it’s not a very good truck. As a vehicle, then, it just doesn’t interest me, for these reasons and those cited above; as a toe in the waters of a sea change, though, the garishly named Cybertruck does give me hope for a more angular future.

I despise curvy cars. I just want a box on wheels, like a classic Toyota Land Cruiser or Land Rover Defender. Aside from a Jepp Wrangler, I got as close to that as I could with my Toyota 4Runner. I also have no love for the fragility of modern cars. I understand the reasons for large crumple zones and lightweight materials, but delicate trim pieces degrade over time — often quickly, and seldom well. Perhaps the Cybertruck’s apparent popularity will encourage an automaker to try something new. Besides looking good and making me happy, a Cybertruck-like design would also slash production costs — a win, win, win. Tesla did something good with the Cybertruck, but it did not do it well. The fact that anyone did it at all, though, does give me hope.